Situated between the sea and the mountains, the vineyard benefits from an outstanding terroir. Our certified organic wines offer structure, crispness and a complex range of aromas.

With a south, south-west exposure, the parcels enjoy a generous amount of sunshine all year long.

The vineyard built into terraces (Restanques) is made of Poudingue ; a compact sand-lime cement, containing Pliocene smooth pebbles, originating from the top of the Alps.

Château de Bellet’s decor is that of a great vineyard, with in the background, the snow-laden foothills of the Alps and overlooking the blue waters of the Mediterranean sea and Cap d’Antibes.

The altitude and the winds allow a slow maturation process of the vines and offer just the right freshness and range in temperature required to produce great wines with plenty of elegance.

The well-exposed terraces on these slopes are cooled down either by sea breezes or by gusts descending from the Alps.
Considering these conditions, some say that Chateau de Bellet is the most northern Mediterranean wine.

The 13Ha wide vineyard is grown with organic agricultural methods.

The Barons of Bellet count among the handful of winegrowing families, who after World War II, replanted old and very characteristic local grape varieties, adapted to this terroir, such as Vermentino B, bearing the regional name of Rolle and used to make white wines. Or varieties such as Braquet N and Fuella Nera (also known as Folle Noire), limited to the production of reds and rosés.

Rolle, associated with the terroirs of Provence, is planted in appellation areas of production. In addition, historic documents about viticulture always link the wines of Bellet to BRAQUET a native grape variety. Indeed, it is called after an old family from Nice.

In view of ensuring further aromatic complexity, the vineyard benefits from a third variety, known for its crazy character, hence its name – Folle Noire.
The vinification of those rare grape varieties result in exceptional wines. 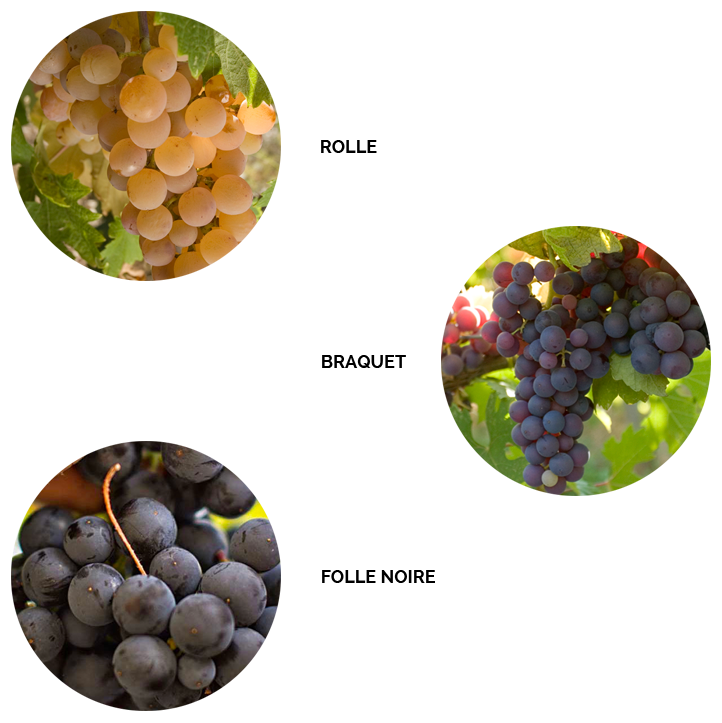 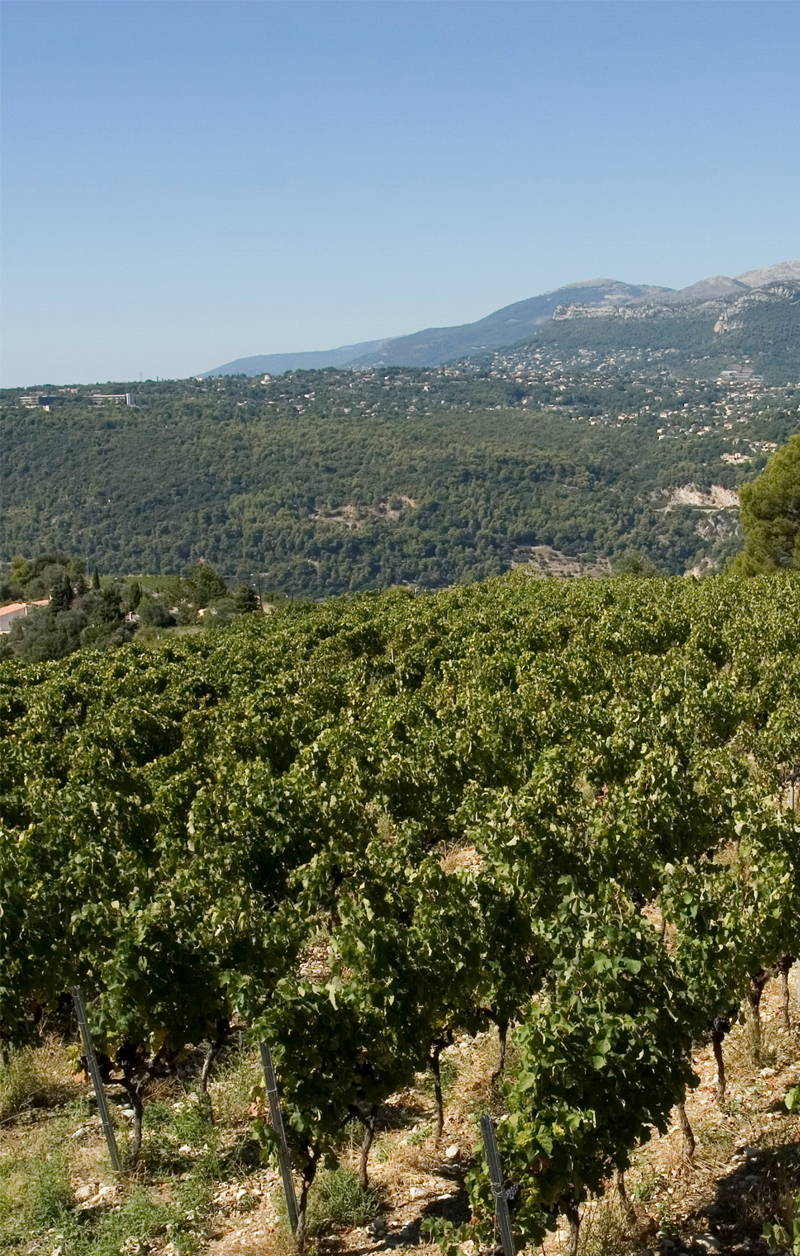 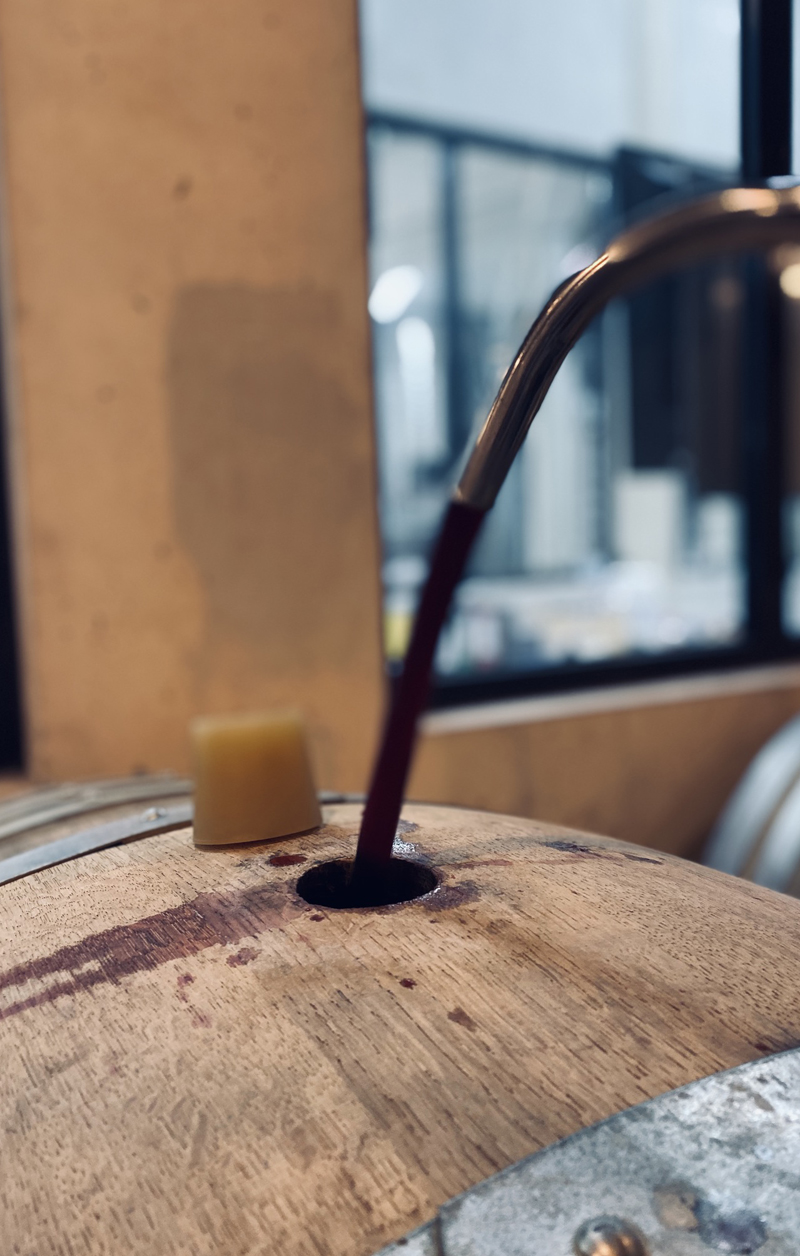 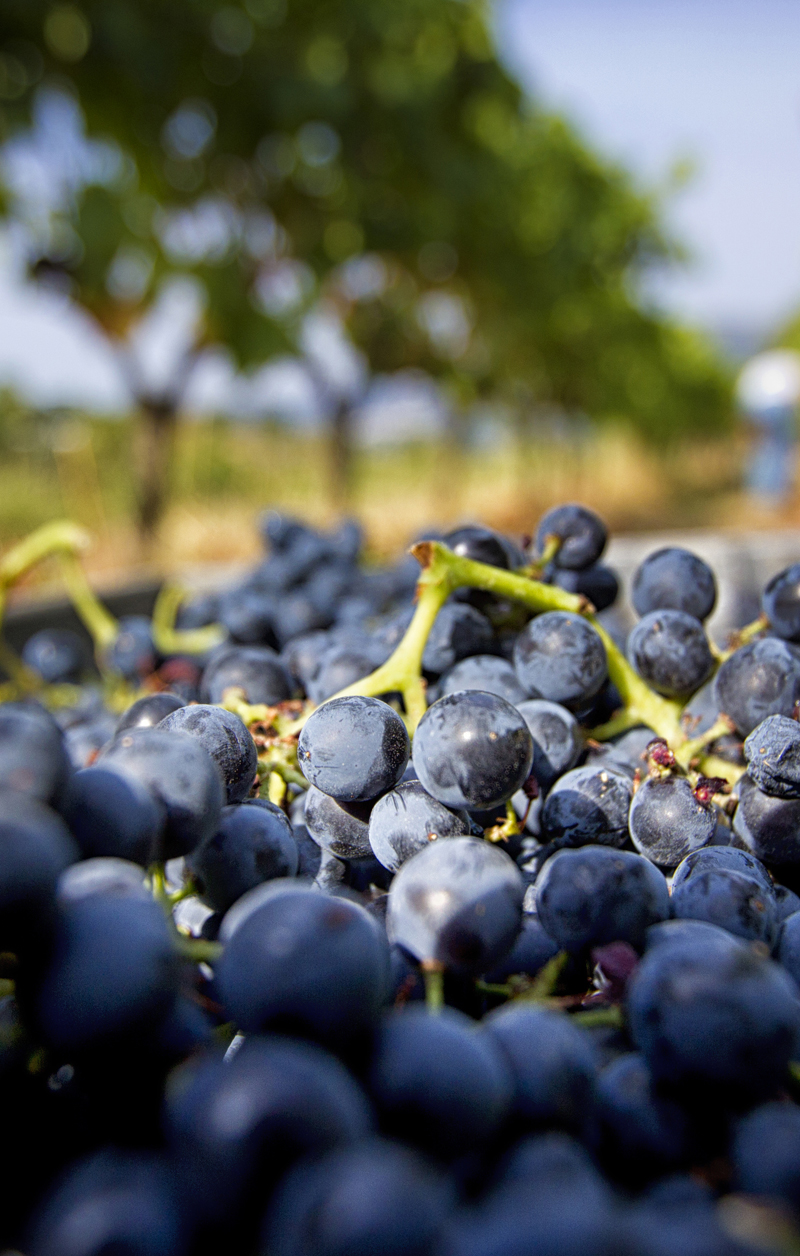 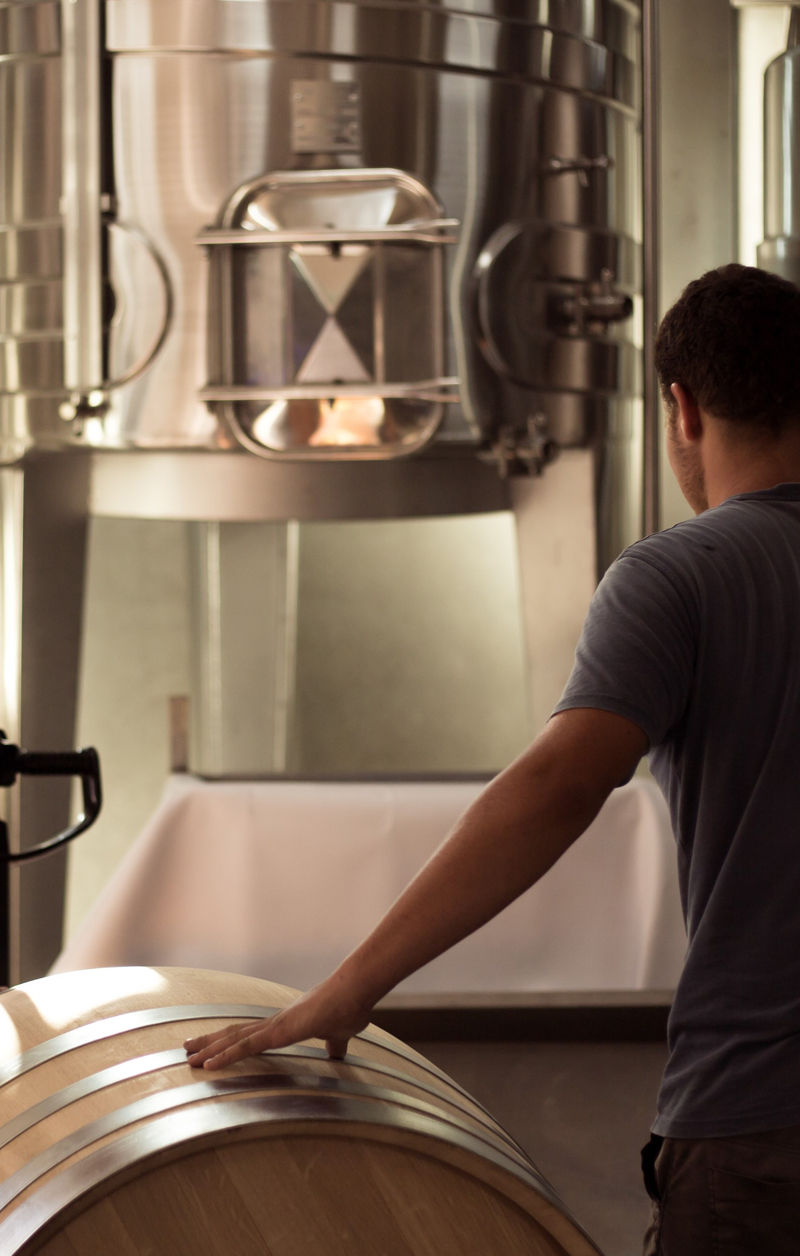 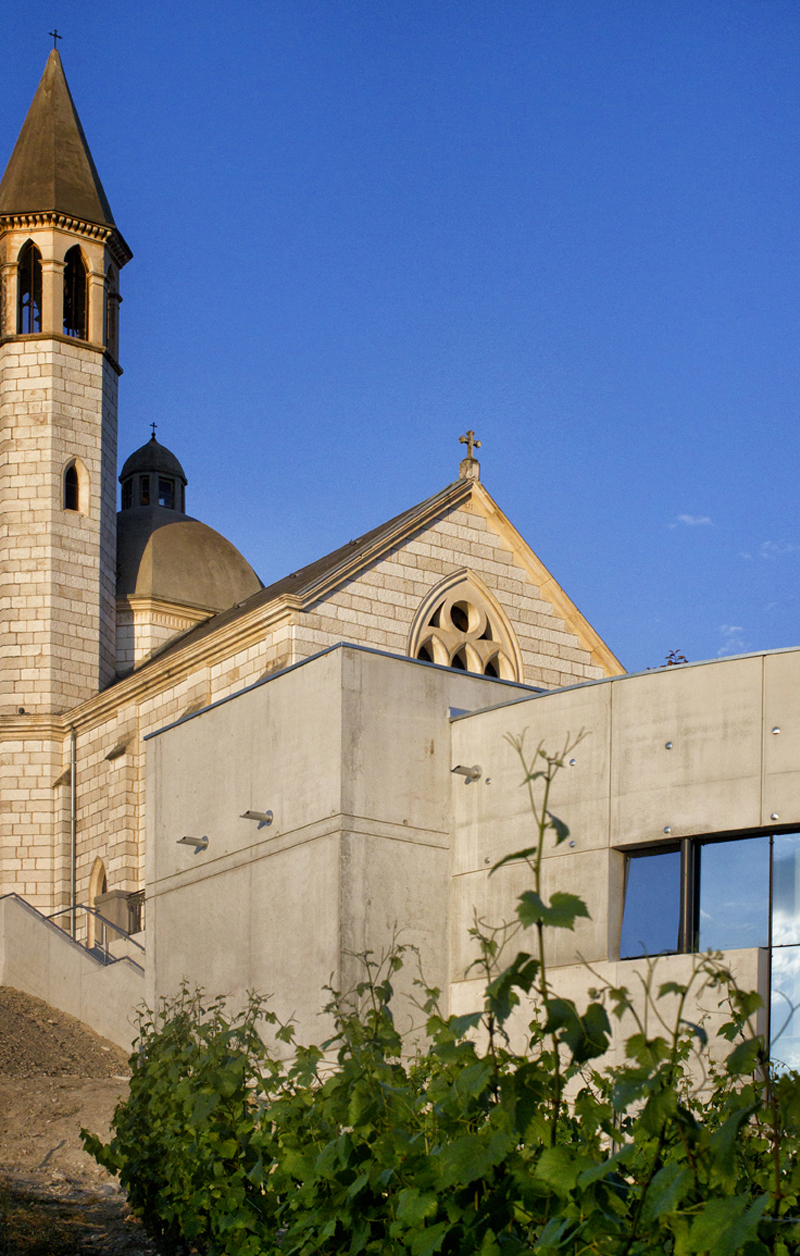 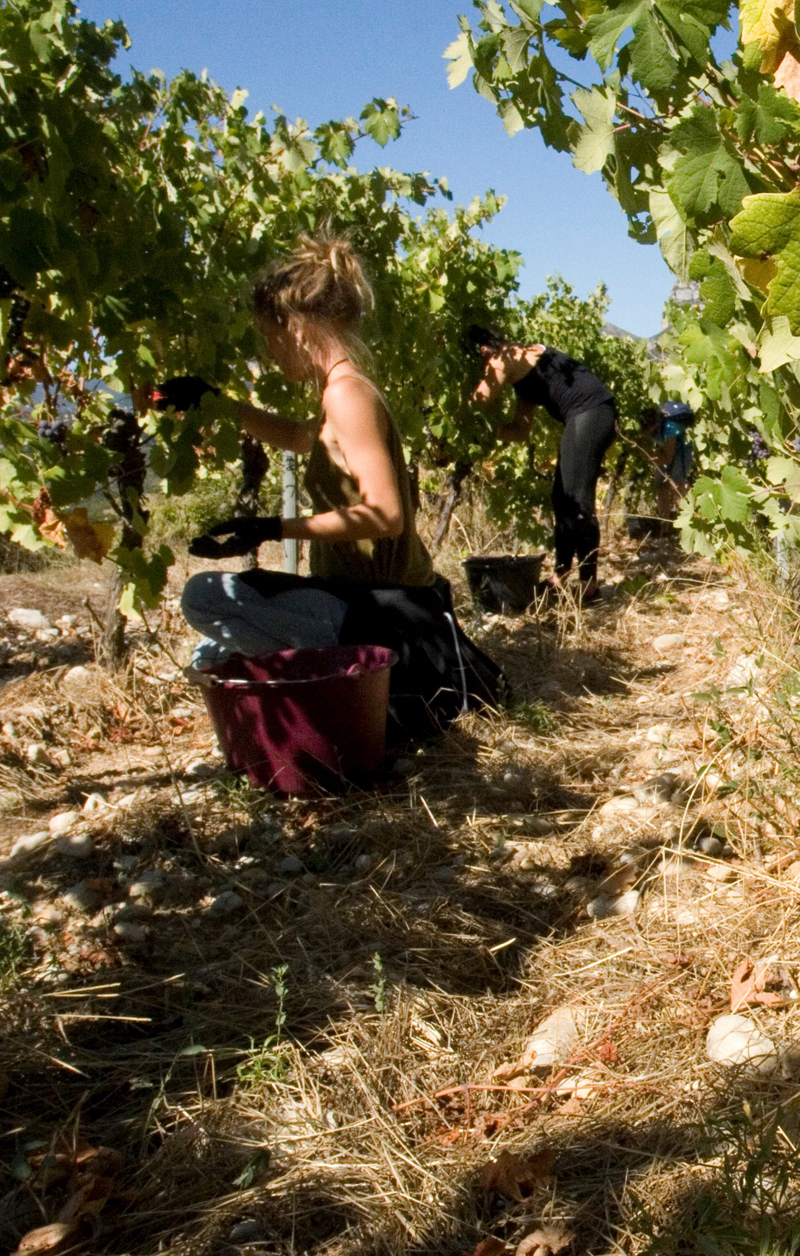 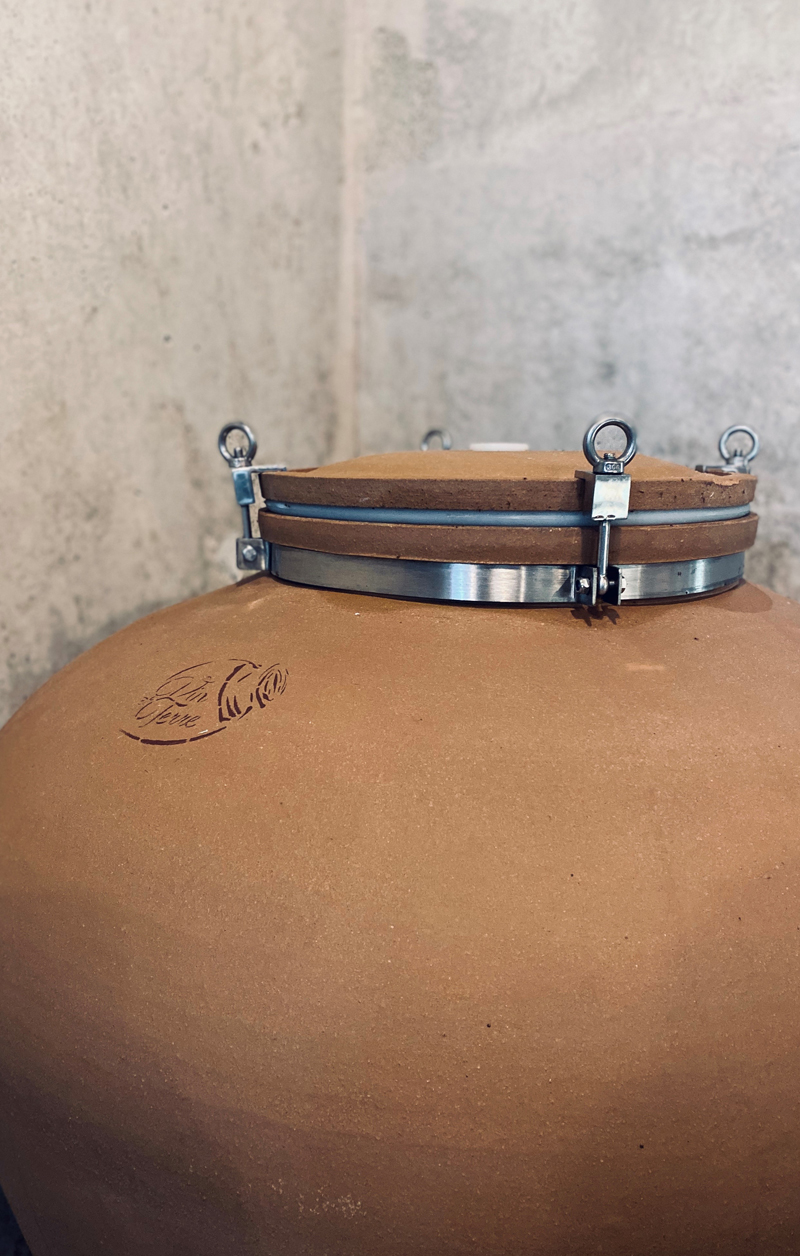 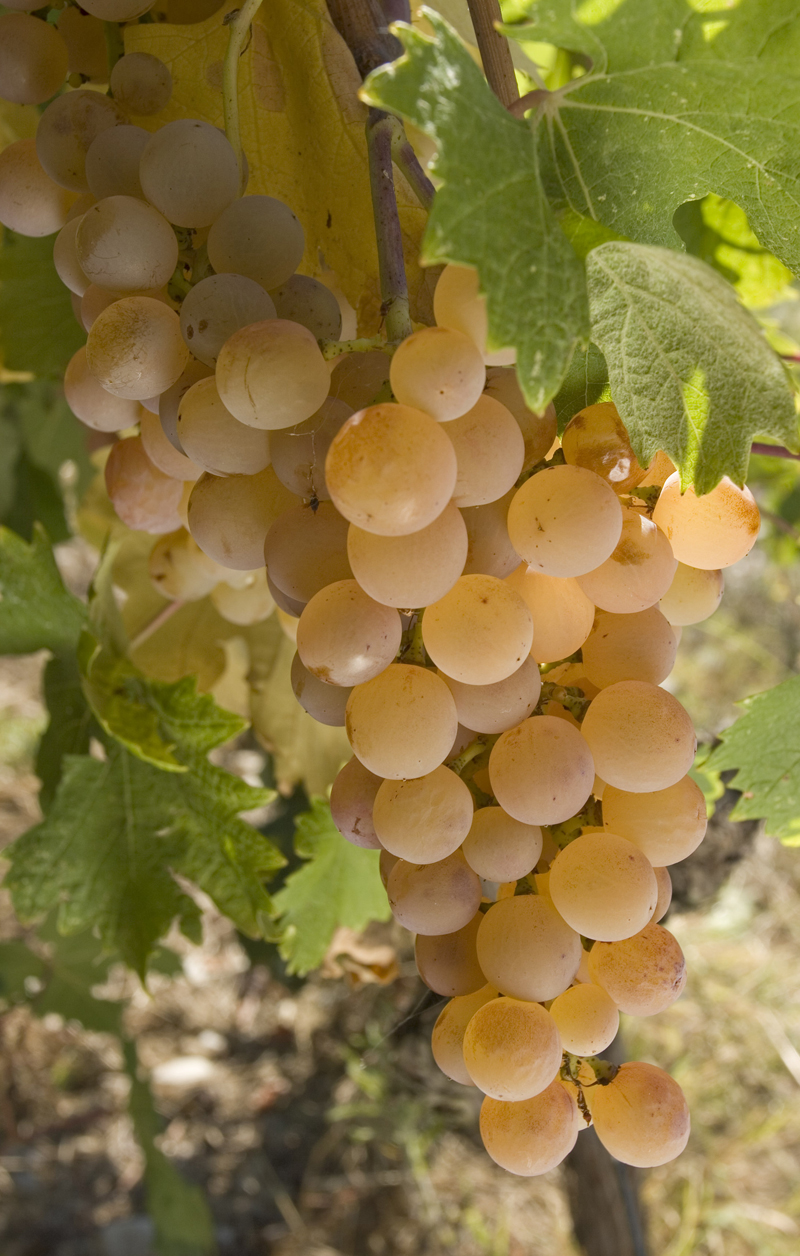 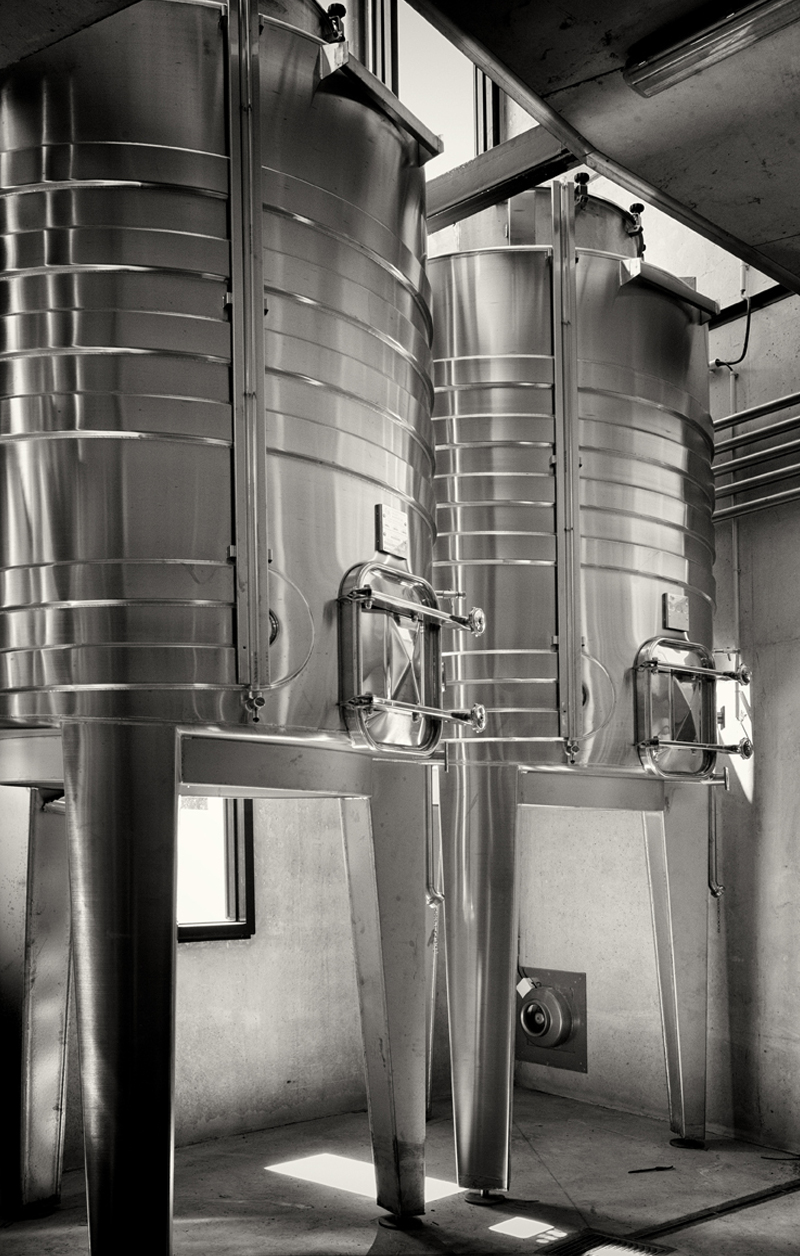